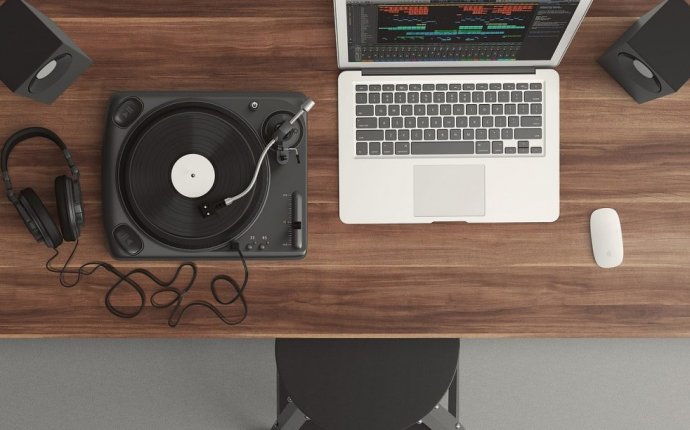 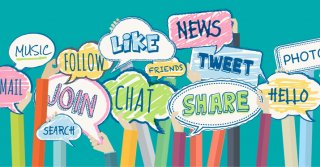 The Internet has opened up countless promotion possibilities for indie musicians. It can certainly seem overwhelming and daunting at times, but all these options really allow you to experiment and let your creativity run wild! If you want to be successful, make sure you learn from the promotions you run, make changes, and tweak them to fit your unique music career.

To give you some ideas, let’s go through some basic strategies and approaches you can use to promote your music right now. These strategies are taken from the Musician Power Tools online music promotion course.

1. Promoting your music with social media

At this point, if you’re not on social media in some way, shape, or form, you’re probably living under a rock. But, there’s a difference between using social media and using it to its full potential to promote your music. Rather than a straight-up marketing platform, social media is more of a catalyst for conversation and word-of-mouth marketing. In fact, most of your posts should be conversational, funny, and interesting, rather than in-your-face promotional material.

Conversational posts work wonders for spreading the word about your music and developing your relationship with your fans – you just need to learn how to frame your content in interesting ways.

It’s pretty easy to just post something on Facebook saying, “We’re in the studio! New album coming out next month. Pre-order here.” If you want to power-drive your social promo, tell a story about your studio experience that day, share a photo of the mix, or post a short teaser Vine of a song. If you’re out on tour, take photos at the venues or share short videos or photos of the audiences. These things aren’t obviously promotional, but they still let fans know what’s going on.
If you want more strategies for promoting your music via social media, check out this free video lesson series.

If you have a website but haven’t updated it recently, you’re missing out on a huge promotional opportunity! Ultimately, you want your fans stopping by your site as often as possible, and if there’s no new content, they have no incentive to visit. The more your fans are on your site, the more chances they have to buy your music, merch, and tickets.

There are plenty ways to update your website apart from big announcements like new albums and tours. Try starting a blog to share the daily or weekly happenings in your music career. It’s pretty easy to set up a blog and most website tools like Bandzoogle or WordPress have blog capabilities.

Try to keep your posts fairly consistent, whether that be daily, weekly, or monthly, and share anything you think your fans would find interesting. As a rule of thumb, use your blog to go a little deeper and share more insider information than you do on social media. Some ideas could be to share the inspirations behind certain songs, new lyrical ideas you’re working on, a funny story from the last band practice, or even a run-down of the gear you use.

We’re moving down the funnel! Only your most serious fans will sign up for your email list, so give them more exclusive access and personal connection. The easiest thing you can do is to just write the email in your own voice. Use “I” or “we” instead of referring to yourself in the third person and don’t be afraid to let your personality and humor shine through!

As far as the content goes, early access to videos, songs, and other information is a great idea, but you can also do fan spotlights, let them vote on merch designs, or give them special discounts.

Your email strategy is something that will evolve and grow with you, so take note of the open rate and click through rates on the emails you send and experiment to find the best time, subject lines, format, and content.

4. Promoting with the live show

These days, it can feel like we can do everything online. After all, you can create great quality music, release it, distribute it, promote it, and even stream live without ever leaving your room. But just because you can do things entirely online doesn’t mean you should! Personal, face-to-face interactions are still very important for developing a relationship with your fans.

A lot of times, we’ll think of gigging as something completely separate from promotion, but every time you play a show new people are being exposed to your music, and nothing gets fans talking more than a killer show!

You can also use gigs to promote your music, new album, or song. Use your gigs as a chance to premier a new song or even a whole new album before they’re released. Tell your fans that you’ll be premiering a new song, or, if you want to go all out, tell them you’ll be playing the whole album at one show over the next month or two. The trick is not to tell anyone which is the lucky show – if your fans really want to hear the album early, they’ll have to come to all the shows. You get bonus points if you have the CDs available at your merch table for fans to purchase before it’s officially released.

Gigging also presents an incredible opportunity to grow a fan base in new cities, states, or even countries! I like to call this the “headliner swap strategy.” Find a local band in the area you want to play and swap headlines with them – you’ll open for them in their hometown and they’ll open for you in yours. It gets you in bigger clubs than you’d be able to book on your own, and after a few times, you’ll be able to book a headline show on your own!

So far, we’ve talked about a lot of internal promotion, but if you want to grow your fan base, you also want to reach out to new audiences and convert them to fans, and music blogs are a great way to do that. Blogs tend to have a pretty niche following, and that means coverage on a music blog will guarantee your music will be seen by people who are already predisposed to like your music!

Some blog coverage will happen organically, but most of the time it will require work on your part. Do your research to find blogs that cover your type of music and send some personal emails to the bloggers. (That means being familiar with their blog, treating them like real people, and using their name instead of just “dear blogger.” Remember, it’s all about establishing a relationship.)

Keep in mind that a lot of bloggers look for a story. Is there anything interesting about your new album or song? Having a unique story will help you stand out from the thousands of other musicians releasing an album.

6. Collaborating with other musicians

Collaboration is definitely an overlooked approach to music promotion, but it’s an incredible way to get your music in front of a new group of people and make new fans.

With collaboration, the sky’s the limit! The key is to collaborate with musicians and bands whose fans would appreciate your music – so, similar genre or fan base demographics.

In addition to the headline trade strategy we looked at earlier, you could also collaborate with other musicians on a song, cover, cover video, or album. To make the most of your collaboration, make sure you both drive your fans to each other. If you create a cover video, link to each other’s websites, YouTube channel, and social pages in the description of the video. If you create an original song, make sure you share it and link to the other person’s pages.